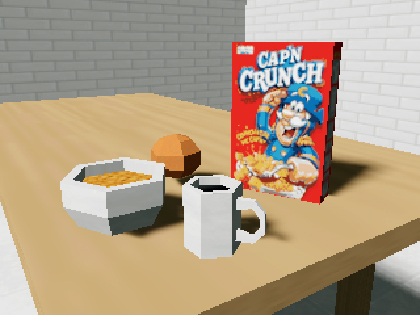 You may already know this, but I just recently learned that Blender is completely free and open source. I was familiar with the 3D modeling program's reputation, but I guess because capitalism — I assumed it costs money. And since my interest in 3D modeling is pretty mild, I never considered giving it a try because I didn’t want to invest in something only to lose interest after encountering a steep learning curve.

But Blender is free! And open source! It's always an extremely pleasant surprise when you stumble across a robust tool that is made with the intent of being free and accessible to everyone. Especially in the late-capitalist dystopia of the USA.

So, with nothing to lose, I downloaded Blender and quickly discovered that, yeah, that learning curve is pretty steep! Luckily YouTube is always there to help. I'm most interested in low-poly graphics, not only because I love the PS1 aesthetic, but because this style is much more approachable for a beginner than more detailed modeling. After doing a lot of browsing for tutorials in this style, I found this incredible tutorial series by the Sickly Wizard.

He does an excellent job of walking you through the basics of 3D modeling, texturing, and even shares a method of rendering that mimics the low-res PS1 aesthetic. I followed the Basic Modeling tutorial step-by-step and created the breakfast scene above. After learning the basics from that video, I went on to create and texture this Game Boy Color model completely on my own. 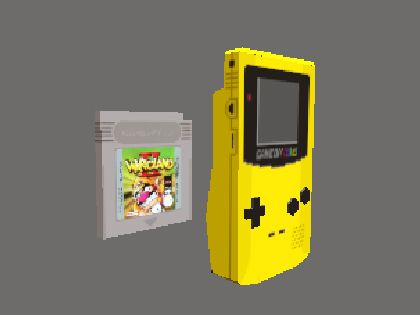 It’s very fun and rewarding to slowly bring these 3D objects into being. It also greatly increased my respect for the artists who work in this medium. Even when creating simple objects like these, there are so many creative decisions to be made.

I went on to attempt creating a full self-portrait, but discovered that I’m not quite ready for that jump up in difficulty. Instead, I found the website Sketchfab, which allows users to share their 3D modeling work with others. Many of these users allow you to download and edit their assets in Blender.

I found a basic model of a low-poly man on Sketchfab, then modified it and textured it to create the self-portrait below. You can learn a lot by taking other people's 3D models and seeing exactly how they are put together. And creating and applying textures are unique skillsets themselves. 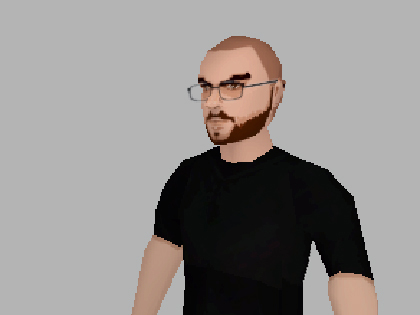 Elsewhere on the internet, you can find several 3D models from actual PS1 games and, depending on the filetype, open and edit them in Blender. If you have any interest in 3D graphics at all, I strongly recommend downloading Blender and playing around. If I was able to create a few things — you definitely can, too! And even if you aren't necessarily planning to create from scratch, there's a lot of artistry to be appreciated and fun to be had in analyzing and editing existing assets.

I'm not sure how much further I'll go with Blender, but I'm stoked that I was able to create some stuff and gain a deeper appreciation for the process. And I'll always be super impressed that there are people on the internet who are nice enough to spend time sharing their passion and teaching others.