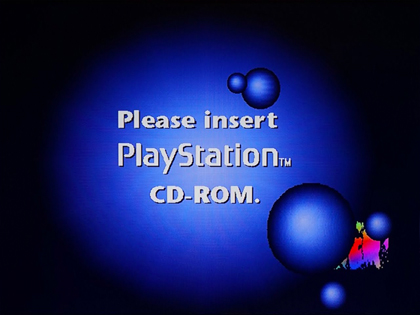 Something went wrong. But let’s not play the blame game.

Since you ended up here, I guess I can tell you the story of how I got my first PlayStation as a kid. It’s a, uh, hopefully unique story. In the mid 90s, we had this family friend named Dean, who was kind of a shady character. He let my mom know that he had a used PS1 for sale, along with a handful of games. The details are pretty foggy (it was a long time ago and I was pretty young), but he must’ve been offering quite the deal. A limited-time offer, heavily discounted from market price, get it while it’s hot — type of thing.

I remember going with my mom to make the exchange, obviously overwhelemd with excitement. We pull up to his place and it’s like something right out of a movie: A chain-link fence surrounding the yard, with two mean-looking rottweilers barking at us as we walk up to his trailer. We step inside the dimly-lit house, my mom gives him the money, and we get the goods handed over to us in a plastic bag.

The shadiness of the situation barely even registered to me at the time, because I was totally absorbed by the whole new world of video gaming that I was about to enter. I don’t even remember if my mom and I discussed the unconventional exchange (although, in retrospect, it may have been what she expected).

I ended up with quite a few unique titles that I rarely hear talked about to this day, such as Rogue Trip: Vacation 2012 (maybe my favorite car combat game) and S.C.A.R.S. (an okay racing game). Months pass by and I put in a ton of hours playing these games and making important childhood memories.

Some time later, we have a couple of my parents’ acquaintances over for a visit and they bring their kid. I think he was close to my age, maybe a couple of years younger. We head to my room to play some video games, as you do. And as I’m showing him my modest collection, he keeps commenting that he “used to have that game.” By this time, I had added a few games to my library, but he makes this comment pretty frequently. Eventually, he tells me that his PS1 and all of his games were stolen a few months ago in a burglary.

After they leave, I tell my mom, and yeah: we become almost 100% certain that dirtbag Dean stole this stuff from that family — and then we bought it shortly after. What an asshole! And a pretty awkward position for us to be put in. There was nothing we could really do without causing a ton of drama, so we remained quiet about it. I feel really bad for that kid and hope he was able to recoup the loss and make as many memories as I did. A classic tale of life in a shitty small town. The end.

RETURN TO THE HOMEPAGE