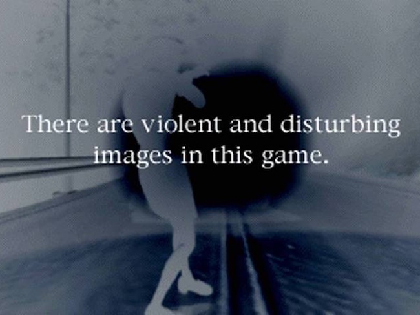 It feels nearly impossible to write anything new about Silent Hill. There’s a ton to unpack – for sure – but so much ink has already been spilled about this game. It’s been analyzed more than most, and I don’t think I’ll be bringing anything new to light here. But it’s such an important game to me, I can’t have a PS1 fansite and not write a little article about it.

Silent Hill came out in 1999, the same year I turned 11 years old. I don’t recall when it was exactly, but I first heard about it from a couple of friends at school. It may have been some time after release, but I was still young and impressionable. And holy shit, just hearing about this game left a huge impression on me.

I’m sure I was told a lot about the game, but the thing that still sticks in my memory was hearing about finding the dog’s head next to the basketball goal (where you find the Key of Woodman). I had already played my fair share of gory video games, but the idea of suddenly stumbling upon a severed dog’s head — beneath a blood splattered basketball goal — was a new level of disturbing that I wasn’t prepared for.

And the added level of abstraction (by just hearing about it, rather than seeing it firsthand) only amplified the strange horror. It allowed my mind to paint a picture more disturbing than the PS1 would be able to render. And on top of that, I still had some doubt over whether or not this actually even happens in game: were my friends just fucking with me?

I finally played the game and of course, the dog’s head scene wasn’t quite as terrifying as I had imagined. By that point, you’ve already encountered a crucified and mutilated corpse and are murdered(?) by demonic children. But the scene was still unsettling and baffling. I couldn’t wrap my head around it: What exactly had happened there? Who did this? And were they actually shooting hoops with a severed animal head? These questions would never be answered, which only deepened the effect this scene had on me.

Playing through the game as an adult, this scene feels more like a gag than an honest attempt at scaring the player. It can be seen as kind of funny, if you look at it from a certain angle. By this point, you’ve probably already grown tired of dodging the seemingly infinite number of dog enemies. So coming across a dead one is a more welcomed sight than a living one that’s ready to rip you to shreds. And sure, the blood on the basketball goal is a strange detail, but it could just be a goofy attempt to make a normal setting a little more spooky. Like draping fake spider webs over your entryway for Halloween.

It doesn’t actually matter to me why Team Silent went through the trouble of setting this up. In fact, I’d prefer not to know their reasons for making the decision. The strength of the scene and of the whole series lies in its ambiguity. The only reason this little moment (that I’m spending too much time writing about) sticks in my mind is because it’s never explained. Can you imagine how dumb it would have been if any of my earlier questions were answered? There is no conceivable explanation that could be as impactful as my mind reacting to the lack of one.

Another big reason this moment sticks out so much is that it's not an obstacle to be overcome by the player. In a game filled with monsters, it seems silly to be creeped out by an inanimate object. But monsters can be fought off or evaded. There's absolutely nothing you can do about the dog's head. There's no resolution or closure to be found. It's just one of many elements that make up the surreal and disturbing atmosphere.

I do think that ambiguity in art has its limits. I can totally understand someone disliking my beloved dog’s head because it actually doesn’t make sense and is kinda goofy. And there’s a lot of stuff packed into this game that may or may not have a good explanation, depending on who you ask.

There’s a doomsday cult, an inexplicable alternate universe filled with monsters, a soul splitting in half, a drug-trafficking subplot, reincarnation, and a failed attempt to impregnate a little girl with a god via human sacrifice. And it's fair to say that you’ll likely miss many of these things in a normal playthrough. Most of your time will be spent stumbling from location to location, terrified and unsure what exactly is happening. And for me, this is a huge strength of the game.

There are clues that could allow you to piece a lot of the convoluted plot together over multiple playthroughs, but solving the mysteries of the story has never been the appeal for me. (While playing, that is. I do love doing this outside of the game.) I’m in it for the atmosphere, the emotional resonance, and the overall surreality. Taking an elevator to a non-existent floor and stumbling through dark hallways, clutching a flashlight. Or seeing something like the extremely effective Lisa Dies scene, even though I still don’t understand exactly what’s happening. 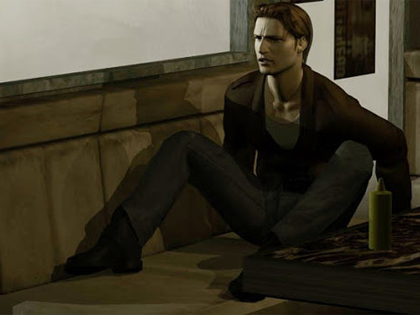 The various plot elements add to the confusion you experience while playing. While some plot points are more interesting than others, the experience of being lost and confused and afraid is the true highlight. There’s also a ton of charm in seeing everything that Team Silent threw against the wall in an attempt to make a unique competitor to the Resident Evil series.

It’s also true that the two next games in the series are more focused and are arguably better for it. But the core franchise never leaves behind the nightmare logic and ambiguity that was codified in the first game.

By the end of a playthrough, you'll almost certainly have forgotten about the dog's head. There are more important questions to answer, more details to ponder, and many more horrific sights to see. But when thinking about this entry in the series, my mind always goes back to the first time hearing about it as a kid. Simultaneously wanting to know more while wanting to know less. It's one of the first times I remember feeling both transfixed and revolted by a video game, an emotion that is unique to the horror genre.

And this same experience would repeat itself with the next two games in the series. I remember flipping through a friend's strategy guide for SH2 and feeling similar emotions. Or reluctantly rewatching a video of the carousel in SH3 on a PS2 demo disc. Transfixed and revolted. Obsessed and afraid.

I think it's inarguable that Team Silent acheived their goal of making a compelling horror franchise. Even though the focus of this article has been on one tiny scene, I can't stress enough how deeply Silent Hill as a whole has impacted me. This entry is high on my list of favorite horror in general, and nearly my favorite game on the console. Even more than 20 years later, the atmosphere is still unique and effective.

The only thing I dislike about this game is the pterodactyl enemies. Those things are frustrating and kinda dumb. What is this, Dino Crisis?